Since our children have been visiting, we’ve had some wonderful times at the coast. Who knew there were so many sea lions living along the coast? We were blown away by the number of sea lions on the rocks off the shoreline, along the reef, and on shore. Watch this short video to appreciate the sounds these creatures make. It is quite a riot:

These are Steller or Northern sea lions, an endangered species, although their numbers have increased in some areas in recent decades. They are the largest of the eared seals, and are a favorite snack for the Killer Whale. We observed these at Cape Arago State Park, near Coos Bay.

There are frequent high surf warnings, so it’s not always safe to walk on the beach, especially because of “sneaker” waves that can come in further than the surf and sweep you away. One day it was nice though, so we went out for sunset walk on the beach, in the Oregon Dunes National Monument. The kids love playing in the surf. I caught the featured image above of our son leaping in the surf. I caught another photo of him jumping from a tall old tree right on the edge of the cliff on a tumultuous day:

On this day we walked from Cape Arago to Shore Acres State Park. It was quite a high surf day. It is worth it to watch this video for a display of the ocean’s fury:

I was able to capture some really tall, exploding breakers. Here are a couple photos of the breakers: 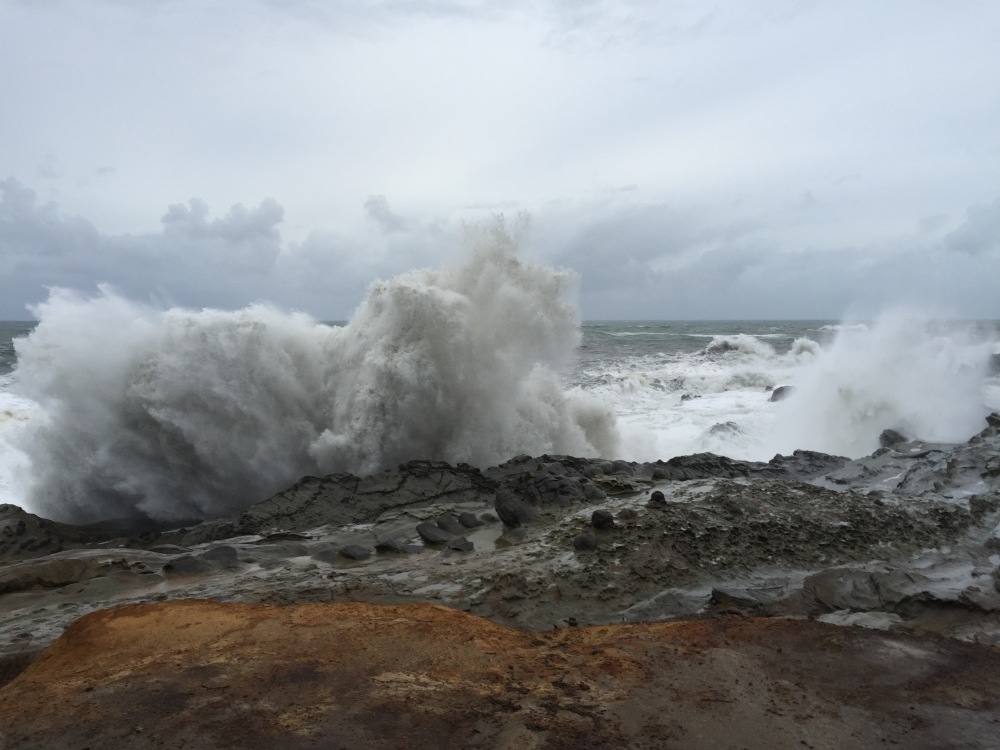 On a nicer day we had another hike to the beach in Oregon Dunes. It is about a 1 1/2 mile hike through the sand and over towering dunes to reach the beach. Our son is at it again here, jumping from the top of a not-so-tall dune. He is using his track and field skills to give it his best:

I’ll close with a nice family photo along the shoreline: