So what is a hoodoo, you say? Hoodoos are another one of the amazing features the Utah desert presents for consideration. They are often seemingly impossible spires of sandstone that are often much bigger towards the top then at the narrow bottom. Call it nature’s balancing act. 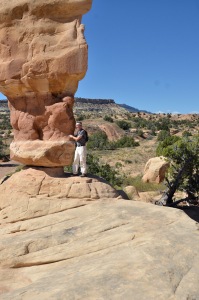 They can be as tall as a ten story building, as well. They are of course formed by the relentless action of wind and water, in the form of frost. They also can be aptly known as fairy chimneys, tent rocks or goblins.

Hoodoos occur in sedimentary stone and the shapes are determined by the erosion of alternating soft and hard rock.

Mother Nature has also been hard at work sculpting natural bridges and arches. Here the softer stone is eroded beneath a connecting hard layer of stone, then voila, you have a natural bridge, after eons, of course. We saw an amazing natural bridge on our hike up the Escalante River canyon. 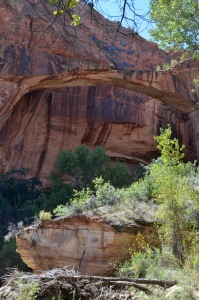 This one was cool because you could climb into the canyon straddling it to see it from all vantage points. It was especially impressive from directly underneath.

Today we saw a much more delicate bridge in the Devil’s Garden, off Hole in the Rock Road. It wasn’t long before we saw someone climbing the formation next to it. Thankfully they didn’t try to cross it! The Devil’s Garden is a really cool place, full of hoodoos and other formations. Here we could really see why some people call them goblins, for they looked very much like a troll or goblin frozen in stone for venturing out into the light. The Escalante River canyon is home to some amazing Native American rock art. Among the more impressive, and hard to find works is the “Hundred Hands.” Simply awesome. These are actually carved into the sandstone, so they are petroglyphs. Applied imagery is known as pictographs. Near the hundred hands were some more, mysterious, images. Let your imagination run with these!

Finally, we made a run to Kodachrome Basin State Park, near Bryce Canyon NP. This was named for the film that came out about the time of a 1949 National Geographic expedition into the area. The name really fits! 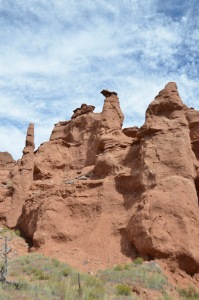 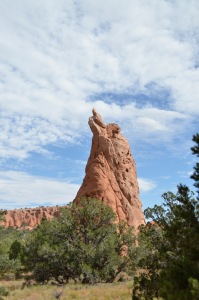 The last image is modern, not ancient art, near the entrance to a cave in Kodachrome Basin.

One family's journey through breast cancer.

Japanese Girl Traveling Around The World.

Fill your life with experiences. Not things.

Yesterday you said tomorrow. There's no time like today!

The Hiking Life
STUMBLING THROUGH NATURE

For artists by artists.

The Diary of a Retiree

A daily selection of the best content published on WordPress, collected for you by humans who love to read.